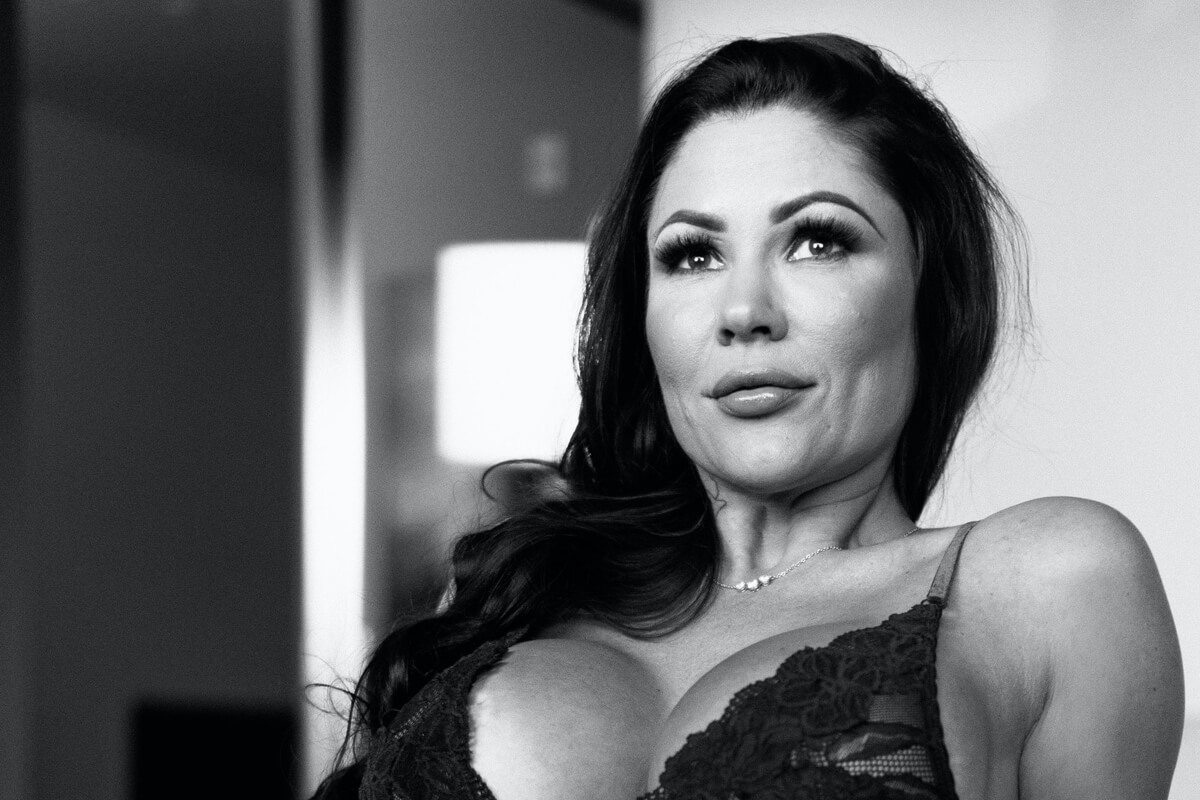 What Are The Characteristics Of Women From Montenegro?

Have you ever considered going to Montenegro to meet stunning Montenegrin women? If so, before getting any further, it may be practical to assess the most common characteristics of Montenegrin women to ensure they are the right choice for your dating efforts. Montenegro is located in Southeastern Europe and is part of the Balkans region. The Adriatic sea borders Montenegro, and land borders to the country include Kosovo, Albania, Croatia, Serbia, and Bosnia and Herzegovina. One notable trait of Montenegro’s land mass is that the capital city of Podgorica covers over 10% of the entire land mass in Montenegro; the whole Montenegrin territory is just over 13,800 square kilometers. This equates to a population density of around 45 people per square kilometer. The total population of Montenegrin women and men falls to around 620,000, making it one of the least populated countries. So, if you’re looking for somewhere to settle that’s not likely to be heavily bustling, Montenegro might be a good option. However, almost one-third of the country’s population lives in the capital city, which is much more densely populated.

Settlement in Montenegro has been recorded for over a millennium, with countless civilizations calling Montenegro home. The earliest known Montenegrin settlement was the principality of Duklja in 625AD, which lasted for over four hundred years until the Kingdom of Duklja was founded in 1077AD. The country then remained relatively stable until the 19th century; however, a principality was proclaimed in 1852, shortly followed by independence in 1878. The country unified with Serbia in 1918 before becoming a socialist republic in 1945 and finally achieved complete independence in 2006. Now, the country follows a Unitary parliamentary republic, with Milo Dukanovic as president, Dritan Abazovic as prime minister, and Danijela Durovic as the speaker. The country follows the Skupstina legislature. Considering the country’s low GDP of around $12 billion, it is one of the world’s poorest nations; despite this, the quality of life in Montenegro is considered very high on the HDI (human development index) at 0.829. The per-capita GDP is around $19,000.

The country’s highly variable recent history means that many nationalities live in Montenegro today. At the same time, Montenegrin women and men are the most common. Over one-quarter of the population is Serbian. In addition, 8.6% are Bosniaks, 4.9% are Albanians, and around 9% of the population holds another nationality. In general, living in Montenegro is somewhat different than living in countries like Denmark, Sweden, and Germany. When meeting Montenegrin women, you should prepare them to have features from many ethnicities. That said, most Montenegrin women have tanned skin, relatively dark hair (often brunette or muddy blonde hair), and dark eyes. You may notice that many Montenegrin women will also go a long way to achieve these features with makeup. As such, it’s common for Montenegrin women to work hard to look their best for their partner, and you may notice that she’ll spend a lot of time on her appearance. Still, honesty is one of the essential traits for Montenegrin women, so this is important to consider carefully.

Characteristics Of Montenegrin Women Regarding Family?

Generally speaking, Montenegrin women and men are firmly traditional in their mannerisms. With this in mind, Family holds a critical role in the lives of many Montenegrin women. As a result, this is something that you will likely be expected to play a role in when dating women in Montenegro as well. However, when meeting your Montenegrin partner’s Family, you may be taken aback by their immense hospitality and determination to cater to every whim. Some people even report that the head of the table will give up their seat for a guest, especially when that guest is dating their daughter or granddaughter. Therefore, if you can make a good impression on your Montenegrin girlfriend’s Family, you can count on them to welcome you with open arms. After all, Montenegrin culture means that hospitality is often of the utmost importance. In exchange, bringing a gift when meeting your Montenegrin girlfriend’s Family will often be well received as a sign of your generosity and kindness.

The familial structure in Montenegro is often very traditionalist, meaning that many Montenegro women still easily fall into the role of matriarch. However, despite this fact, the most common age for Montenegro women to have a child is between 30 and 34 years of age, but a growing number of women have children at older ages. Annually, around 10,000 children are born in Montenegro on average to a population of approximately 140,000 Montenegro women, indicating that just under one in ten women of child-bearing age tend to have a child annually in Montenegro. As such, for those wanting a family, moving to Montenegro or meeting Montenegro women can be an excellent place to start. However, we should point out that the average number of children per woman tends to fluctuate significantly in Montenegro, so this might be an essential discussion with your Montenegro partner early in the relationship. The fertility rate in the country remains among the highest in Europe at 1.74. However, this is a significant drop compared to 4.10 children per woman in the 1950s. This figure represents a natural increase of two people per thousand compared to death rates (which equates to a slight 0.2% increase annually).

Characteristics Of Montenegrin Women Regarding Education?

Regarding post-education opportunities, job prospects are relatively good in Montenegro, with most people working there. Furthermore, unemployment is falling in Montenegro. Still, this tends to fluctuate throughout the years, with the lowest unemployment levels in the summer and the highest unemployment in the winter; as such, it’s safe to assume that many job opportunities in Montenegro are highly seasonal. Still, the country’s current unemployment is around 23% to 24%. Meanwhile, about 44.6% of women work in paid employment anytime. At the same time, this indicates that most Montenegrin women stay at home. A steadily growing number of Montenegrin women are becoming more independent in their mindset. As such, women in Montenegro may be starting to leave patriarchal norms behind somewhat in the modern day. That being said, this may also be due to low incomes; for example, in 2004, the average annual incomes were only around $4,000. The average pay is roughly $11,000 per year per person. This income is substantially less than many other European nations; European average incomes can often be twice as high or more. However, the cost of living in Montenegro may be much more affordable.

Characteristics Of Montenegrin Women Regarding Religion?

Montenegro has multiple religious influences and religions, which contributes to the country’s high level of diversity. Due to having numerous different cultures within Montenegro, it’s perhaps not unsurprising that many Montenegrin women and men are religious. However, while the number of people actively following religions and attending church has fallen, Montenegro remains an incredibly religious country. In fact, as many as 98.69% of the population hold the faith of some form; this means that only around 1.3% of men and women in Montenegro have no religion or are atheists. The level of irreligion in Montenegro tends to vary by area; for example, in Rozaje, only around 0.01% of the population is atheist compared to approximately 2.43% in Herceg Novi, indicating a difference of about 24 times. However, the exact number of Atheists may vary, with irreligion becoming more common and many people considering themselves undecided regarding religion. Nevertheless, this still differs significantly compared to many other European nations, where irreligion can account for easily one-quarter or one-third of all people. Meanwhile, about 3% of people in Montenegro are unaffiliated with a religion.

If we were to look past irreligion, many faiths are celebrated in Montenegro. Notably, freedom of religion is granted to all Montenegrin women and men. Plus, while the government funds some religious groups, Montenegro has no state religion. Still, things are not always quite as rosy as they seem on the surface since spiritual discrimination impacts almost half of the people in Montenegro. When meeting Montenegrin women, be sure to find out her religion early during your relationship and embrace it; she’ll likely appreciate it! Nevertheless, the most common belief in Montenegroremains Eastern Orthodoxy, especially among Montenegrin and Serbian members of the population. There are several Eastern Orthodox churches within the country, and the exact choice between these is often down to individual preference. Only around 20 Bosniaks, 90 Croats, 40 Albanians, and 500 Roma nationals follow Eastern Orthodoxy. As such, it’s clear that this religion is less common among other nationalities living in Montenegro.

Other forms of Christianity are also present in the population of Montenegro but in lower numbers. For example, around 27,000 people follow Catholicism, while about 3,000 people follow Protestantism. However, the main minority religion in Montenegro is Islam, which makes up almost 20% of the country’s total population. These are generally distributed heavily between Bosniak Muslims and Albanian Muslims. In some Northeastern municipalities of Montenegro, Islam may even be the most predominant faith, such as in Rozaje, Plav, and Petnjica. Furthermore, Montenegro is also a popular destination for people following Judaism thanks to public funding for the religion, allowing celebrations such as Hanukkah events to go ahead. Notably, this also means that Judaism is the fourth officially recognized language in Montenegro. However, the number of people following Judaism is still low proportionately compared to other faiths in the country. As such, when dating women in Montenegro, it’s potentially significant to start by checking which religion your new partner follows if any.

Characteristics Of Montenegrin Women Regarding Mentality?

If you’re planning on dating Montenegrin women, we can guarantee you should be in for a treat. Indeed, women from Montenegro are often incredibly kind, caring, and generous, which can make them excellent dates in many cases. Montenegro, as a whole, is well-known for its exceptional generosity. This also applies to Montenegrin women, who are often determined to look after their partners and often go to long lengths to impress. When dating a Montenegrin woman, you can be sure she will do her best to make you feel welcome, happy, and at home. However, don’t leave this decision entirely up to her, as part of Montenegrin culture is often to work tirelessly to impress guests and loved ones; she may burn herself out. So be sure to help wherever you can; this goes both ways. Indeed, while Montenegrin women are often generous, it’s worth considering that she will usually expect the same back from you. Whether a small gift or a more grand gesture, few traits are appreciated by Montenegrin women and men more than generosity.

Another key trait of Montenegrin women and men is that they are often down for a laugh. Indeed, while Montenegro is a relatively developing country, its residents often make up for this with a rich and happy life, and laughter is a crucial part of this. And it’s easy to let your guard down and enjoy a laugh in this stunning country, surrounded by breathtaking terrain. It’s no wonder that Montenegrin women are often so happy and carefree, extending to their sense of humor. They will often integrate humor regularly as such, be it a bold laugh or a more morbid, melancholy tone. As such, Montenegrin humor is often similar to British humor, but this can come as a shock considering Montenegrin women’s generosity and kindness. Nevertheless, once you get used to this type of humor, it’s often a welcome addition to most situations. In addition, the Montenegrins’ ability to self-deprecate is often particularly amusing (and tends to come at the best times as well).