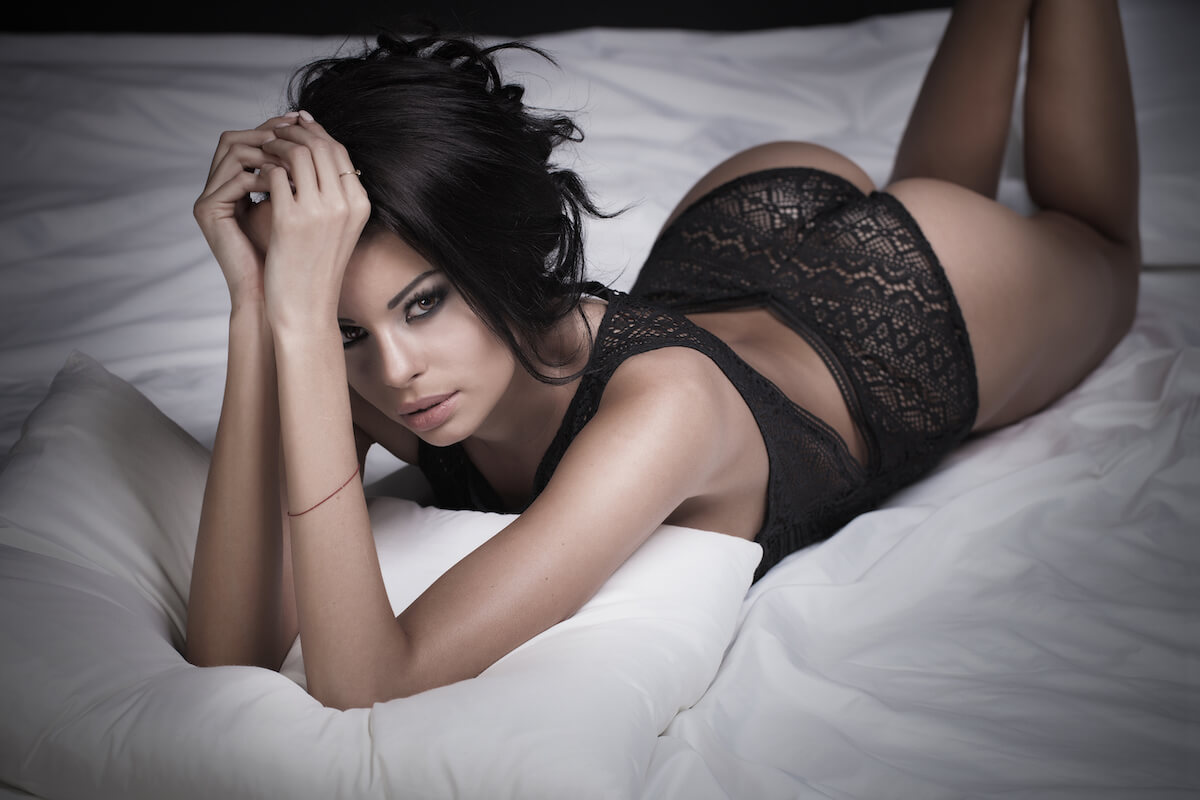 Beautiful Ukrainian Women: Why You See Them Everywhere?

We admire beautiful Ukrainian actresses like Olga Kurylenko, Mila Kunis, Milla Jovovich, and Vera Farmiga in blockbuster movies, and every time we are left breathless. Likewise, with the rise of Ukrainian supermodels like Olesia Stefanko, who was Miss Ukraine Universe and the first runner up in Miss Universe, and Snejana Onopka, who has over 2.7 million followers on Instagram and who has been on every fashion cover magazine, including Vogue. Viktoriya Sasonkina, also famous for her many front covers. And let’s not forget the beautiful Ukrainian model Daria Hlystun who became a Victoria’s Secret Angel in 2017. Nonetheless, it is not only the famous Ukrainian women the world has discovered. With the rise of internet asses worldwide, hundreds of Ukrainian dating websites and marriage agencies have emerged targeting Western men searching for a beautiful Ukrainian woman to meet and marry. It is estimated that Ukrainian dating websites and marriage agencies get over 100 million visits every year. Consequently, providing a huge display of beautiful Ukrainian women to the world.

Do Single Beautiful Ukrainian Women Play Hard To Get?

Nonetheless, if the beautiful Ukrainian woman you have met is married or in a relationship, she most likely will not talk to you. In Ukrainian culture, married women are faithful and loyal to their husbands, and thus if they are seen talking to a stranger, they don’t want it to be misunderstood. In regard to a Ukrainian dating website, it is inherent that the women on the website are single. And thus, it is not very likely that a woman there will play hard to get. On the contrary, when you join a Ukrainian dating website or marriage agency, you’ll discover that you’ll get bombarded with letters from beautiful Ukrainian women. The reason being that the Ukrainian woman using these services know the competition is tough from other women on the website. As we mentioned earlier, there are many more women in Ukraine than men, and thus they are used to compete for the good men available. Also, the women on these websites know that only a percentage of the Western men listed are willing to travel to Ukraine to meet them in person. And therefore, to have success, they have to contact as many prospects as possible.

Finally, what about the beautiful women you meet if you go to Ukraine? Today, Ukraine has become a very popular tourist destination, and more and more people go there every year. So what if you and your friend went to Ukraine on vacation? To begin with, Ukraine is a big country, and there are differences depending on where you go. E.g., if you go to Kiev, the capital of Ukraine, you definitely encounter a lot of beautiful women. However, women in Kiev tend to be reserved towards men they don’t know, and the city is more stressful than other and better alternatives. In the south of Ukraine, you find Odessa, a beautiful city located right on the Black Sea with lavish nightclubs, sandy beaches, great restaurants, and shops. Here, you meet beautiful Ukrainian women no matter where you look. In the summer, women from all over Ukraine go there on vacation and to party. And thus, the atmosphere in Odessa is more lax and friendly than, e.g., Kiev. Which makes the women you meet in Odessa much more approachable.

Is It Expensive Dating A Beautiful Ukrainian Women?

Many men write us from all over the world asking if it is expensive to date a beautiful Ukrainian woman. Thus, we thought it time to examine the matter. Of course, if you wanted to take a woman like Olga Kurylenko or Mila Kunis on a date, they very likely would not be very impressed with the little dinner around the corner. And you probably would have to invite them to something more lavish like an expensive five-star Michelin restaurant. Nonetheless, most women in Ukraine are modest, whether they are beautiful or not, and they don’t like spending money on anything unless it is absolutely necessary. Furthermore, when it comes to dating in Ukraine, generally, everything is cheap compared to Western standards, including eating out and visiting nightclubs. You can find expensive places to go out in Ukraine but going there is not something a Ukrainian woman expects to do. Thus, it is up to you how extravagant you feel you want to be. Besides, if you are a little creative, your date with a beautiful Ukrainian woman does not necessarily have to take place in a restaurant, to begin with.

Instead, try to prepare a nice picnic or take the woman you are dating to the beach or a nice park; you will not only make a better impression but also save a few bugs. As we mentioned earlier, men in Ukraine tend to be brutes, but also they tend to take Ukrainian women for granted, and thus Ukrainian women are not used to something out of the ordinary like a picnic. However, to give you an idea of what it cost to go out in Ukraine, you can most likely get away with spending around 200 USD for both dinner, drinks, and a nightclub visit for two persons, of course, depending on how crazy you go. Some cities are, of course, more expensive than others when you go out in Ukraine, and if you should find yourself in a small town or village, the prices are only a fraction of the 200 USD we mentioned before. Of other expenses related to dating a beautiful Ukrainian woman, we can mention money for transport. Ukrainian dating etiquette dictates when going on a date with a beautiful Ukrainian woman, you have to pick her up and make sure she gets home safe. However, taxies in Ukraine are cheap, and you can always negotiate the price down before getting into a Ukrainian taxi.

We now turn our attention to how you meet a beautiful Ukrainian woman online and what you have to consider in the process. Like everything online, there is a risk involved when you visit different websites, especially those you don’t already know. Searching for Ukrainian dating websites or marriage agencies, you’ll find a long list of potential services that promise you to meet a beautiful Ukrainian woman. However, when it comes to Ukrainian dating services, there are reasons to be cautious. Each year thousands of single men worldwide get scammed, providing both financial and emotional distress. Thus, we’ll here give you some pointers on what to look for when you chose a Ukrainian dating service. Initially, you have to pay attention to a few things, like what the website looks like. If the design looks like something you saw teen years ago, it is probably because the website hasn’t been active for years. Also, if the website does not work on your tablet or mobile, most likely, the reason is the same.

Furthermore, there is a distinction between a traditional Ukrainian dating website and a Ukrainian marriage agency. Typically, a Ukrainian marriage agency provides a full range of services that will help you with everything you need to meet a beautiful Ukrainian woman in person. A premium marriage agency has services like; verification of female members, translations, live video chat, phone service with an interpreter on the line, giftshop delivery service, airport transfer, apartment rental, arranging your first date service, and access to a dating consultant. In contrast, most traditional Ukrainian dating websites targetting Western men only have one or two services, sometimes making it impossible on these websites to know if the woman you are corresponding with actually exists. In conclusion, when you want to meet a beautiful Ukrainian woman online, it is a good idea to spend the necessary time to find the best service that will satisfy your needs. Here we have reviewed one of the best Ukrainian dating services you can find when you want to be safe and make it convenient to meet a beautiful Ukrainian woman.

Why So Many Beautiful Women On Ukrainian Dating Sites?

Most men who come across a Ukrainian dating website wonder why and how it can be possible to have so many beautiful Ukrainian women in one place. Nevertheless, before we give you the answer, it is worthwhile going over some facts about Ukraine and its women. Earlier, we mentioned that women in Ukraine outnumber men in significant numbers, where you might think, and so what. However, the fact is that for women in Ukraine is provides a lot of challenges. To Ukrainian women, family means a great deal, and thus when there are not enough Ukrainian men around – well, it becomes a problem. Moreover, when it comes to Ukrainian men, it is no secret that men in Ukraine are not the kindest and most considerate men on earth. A survey done by the WHO estimated that over 26% of women in Ukraine had been victims of physical violence perpetrated by either their partner or husband. On top of that, many more women in Ukraine are victims of psychological abuse as well. Thus, for Ukrainian women, life sometimes can be difficult, to say the least.

In addition, international dating services are by Ukrainian women seen as a potential solution to their problems and a way to find a kind and considerate husband. Nonetheless, when it comes to international dating services, there still is a limited number of them, and only a few provide a premium service. What is more, the competition among women on these websites is fierce. Thus, unfortunately, for an average-looking Ukrainian woman, she is outmatched by the thousands of other women who are better looking than her. Over time these women will give up and thus only leaving the most beautiful women remaining on the websites. Another reason why there are so many beautiful women on Ukrainian dating websites has to do with the simple fact that many beautiful women live in Ukraine. Some experts argue that the beauty of Ukrainian women has to do with Ukraine’s diverse ethnicity. Other experts say that during all the hardships Ukraine has gone through, beautiful women had a better survival rate than those who were not.

There is also a more straightforward reason why Ukrainian women are perceived to be so beautiful, which is, Ukrainian women always do their utmost to look as attractive as possible. Women in Ukraine like wearing beautiful dresses and high heels. They spend a lot of time on hair and makeup, and most younger Ukrainian women work out regularly. Besides, it should be mentioned that most international dating services require a set of professional photos of the women who want to be on their website.
And, of course, a professional photographer does his best to make the woman as attractive as possible when taking her pictures. So to answer the question, why are there so many beautiful women on Ukrainian dating websites? The answer is that over time the less attractive women on an international dating website will leave the website because of too severe competition from other women who are more beautiful than they are. Furthermore, in Ukraine, you simply find a huge number of beautiful women living there.