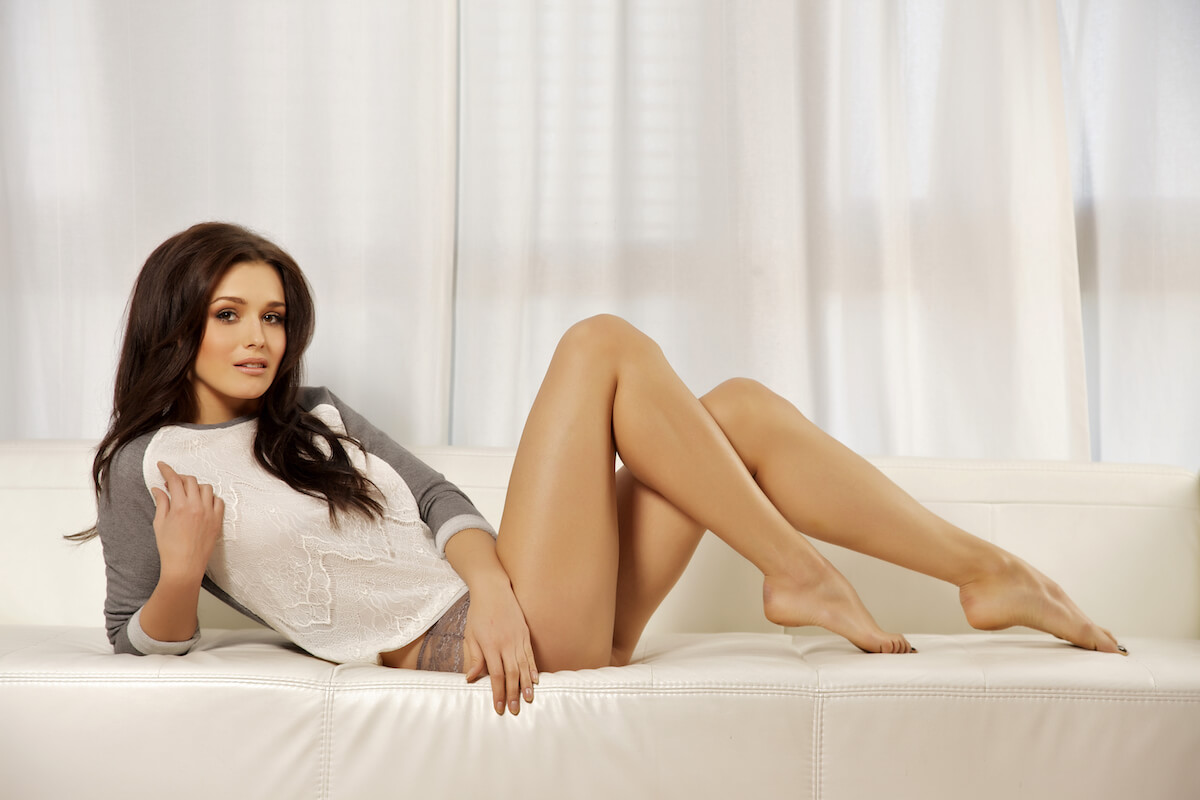 What Are The Characteristics Of Women From The Czech Republic?

Have you ever thought about dating breathtaking Czech women? Dating women from the Czech Republic can be incredibly appealing in many cases; however, to ensure you’re getting the most from your new dating experience, it’s essential to consider Czech women’s characteristics and how they relate to your dating efforts. After all, the Czech Republic has a very different culture from many other countries, so it’s always worthwhile to understand this before throwing yourself in at the deep end! The Czech Republic is located in the heart of Europe and has gone through many different names throughout its history. Originally, it was the Duchy of Bohemia and then became the Kingdom of Bohemia just before the 13th century. The country was later integrated into the Habsburg lands in 1526 but became part of the Austrian Empire in 1806 after the dissolution of the Holy Roman Empire. Eventually, the First Czechoslovak Republic was formed in 1918, and then the country split from Slovakia in 1993 to form the Czech Republic. Now, the country is governed as a unitary parliamentary republic, with Milos Zeman as the president and Petr Fiala as the prime minister.

The Czech Republic falls on roughly 78.8 thousand square kilometers, which makes it a relatively small country compared to the rest of the world. Of this, just over 2% of the land mass comprises fresh water. The country’s population falls at approximately 10.5 million people, with a population density of a low 133 people per square kilometer. Despite its small size, however, the Czech Republic is relatively wealthy. It has a GDP worth almost $510 billion and a per capita GDP of around $47,500 – making it the 48th and 38th wealthiest county in the world, respectively. As such, while certain regions of the Czech Republic can seem bustling, overall, most areas in the Czech Republic are relatively sparsely populated, making it an excellent destination for those wanting a more laid-back quality of life.

Characteristics Of Czech Women Regarding Family?

Familial bonds and ties typically hold considerable significance in the Czech Republic, which may be due to the firm socialist regime that the country faced for many years. The family was more important than ever during this time, and this seems to be a trait that has endured to this day. Indeed, when dating a woman from the Czech Republic, you should be prepared to meet her family relatively early during the relationship, as she will likely be eager to meet you and involve you with her loved ones. Czech families are fortunately very welcoming. And so long as you show that you genuinely love their daughter and want the best for her, you’ll often be welcomed with open arms by your partner’s Czech family. However, we recommend you take a little time to learn some of their key likes and dislikes to make the best possible impression. It’s also worth remembering that most Czech families have fewer than two children, which can mean that their children are even more doted upon and precious as either an only child or one of two.

Characteristics Of Czech Women Regarding Education?

One of the defining features of the Czech Republic is its determination to offer a high quality of life and excellent welfare state services for its people. With this in mind, it’s perhaps unsurprising that education in the Czech Republic is held massively important, and the country’s history of education spans hundreds of years. The Czech Republic implemented compulsory education for all children during the 18th century, long before many other European nations. With this thought in mind, it’s perhaps unsurprising that the country achieves average literacy rates of 99% and higher. However, unlike in many other countries, there are several different types of educational facilities, giving students greater freedom overall about how they want to learn. Spending per student in the Czech Republic amounts to over $9,200; however, this is lower than the OECD average. Despite this, the strong and independent nature of the Czech people ensures that literacy and educational performance remain high.

Compulsory education in the Czech Republic begins at the age of six years. Still, students start learning at a pre-primary grade to ensure as many learners are at the same level as possible. Before this point, many Czech parents send their children to preschool to help them develop the basic skills and education they need to flourish during primary school. Primary school runs until grade 5, and lower secondary commences between grades 6 and 9. Finally, upper secondary runs for four years between grades 10 and 13, and learners can choose between attending either general secondary education or vocational secondary education. A notable point here is that the majority of students in the Czech Republic choose to enroll in a vocational course. Finally, students can optionally attend tertiary education, although this will typically require students first to pass an entrance examination. Individual educational facilities retain the right to assess students’ aptitudes at this point based on the requirements of the individual program.

Characteristics Of Czech Women Regarding Religion?

A growing number of European nations, especially those in central and Eastern Europe, are still strongly religious, and only a few countries seem to buck this trend. However, things are starting to change rapidly for the Czech Republic. Men and women in the Czech Republic are among the least religious in Europe, with almost half of Czech people claiming to have no religion at all. About 47.8% of the population has no religion. However, this also varies depending on which sources you reference; for example, when accounting for undeclared or undecided responses, this figure can be anywhere near 75% of the population has no religion. Only China and Japan have more people proportionately following the Atheist belief. Moreover, joke beliefs (such as Jediism) and social movements like the Pastafarian movement for light-hearted religious interpretation may also be more common than in other countries).

Other than Christianity, there are also several different religions in the Czech Republic, although these only comprise a minority proportion of the Czech population. Other non-Christian religions only make up around 1.2% of the population; meanwhile, about 9.6% of people believe in the presence of a god but do not exclusively follow a specified religion. The most significant minority religion accepted in the country – excluding Jediism, which is sometimes considered a joke religion – is Islam, for whom there are roughly 5,200 followers. Meanwhile, around 2,900 people follow Paganism, 2,000 are Hindu, and about 1,900 are Jewish. Other minority religions in the Czech Republic typically account for approximately 89,000 Czech women and men. This figure is about 0.8% of the Czech population; however, this value spreads across several minority religions and beliefs.

Characteristics Of Czech Women Regarding Mentality?

Many women from central European countries have an incredibly strong demeanor, which is no different for women from the Czech Republic. Indeed, women from the Czech Republic are characteristically powerful and determined. When things get tough, they often knuckle down and work harder to ensure they’re able to get the job done correctly, which is usually a trait many people appreciate when meeting Czech women for the first time. When meeting her for the first time, you’ll probably notice that she’s pretty headstrong and resilient, too; there’s something about stunning women from the Czech Republic that gives off an air of confidence and strength. It’s quite alluring, truth be told, and many men will appreciate this side of their new partner. However, be prepared when dating Czech women that this means they’ll likely speak their minds openly; as such, you should always be open and willing to enter discussions, even if you feel wrong. She probably won’t take no for an answer.

Moreover, it’s worth considering that women from the Czech Republic are also pretty self-confident and proud of their bodies. While many women from European nations can find themselves struggling with feelings of low self-esteem and poor self-confidence, this is less common among many Czech women. Perhaps it’s due to their natural beauty already, or maybe this is simply a byproduct of a culture that doesn’t push young girls as much to unrealistic beauty standards. However, women from the Czech Republic are often much more comfortable with their appearance, which means you can also be confident that they may not be as nervous. However, while Czech women often aren’t as concerned with beauty ideals as in other cultures, that’s not to say they don’t still strive to look their best. On the contrary, many women from the Czech Republic will do what they can to subtly enhance their natural beauty; this may be why many Czech women reach for natural hair dyes rather than brightly colored ones.

In addition, we should mention another trait: Czech women are exceptionally independent in many cases. As such, while women from some other European nations might be happy to settle into a strongly traditional, patriarchy-based role, women from the Czech Republic usually want to stand on their own two feet. Most women from the Czech Republic strive to hold down their job and contribute equally to the family; furthermore, she’ll often take great offense to any suggestions that her role should be exclusive as a homemaker. This determination may be linked to the authoritarian socialist regime that was in place in the country in previous generations; as such, when dating Czech women, always be sure to check what her stance and dreams might be. However, it’s worth considering that she will likely also appreciate the help. Though she may not ask for it, getting involved is always a worthwhile gesture to show she doesn’t have to do everything independently now that she has you in her life.