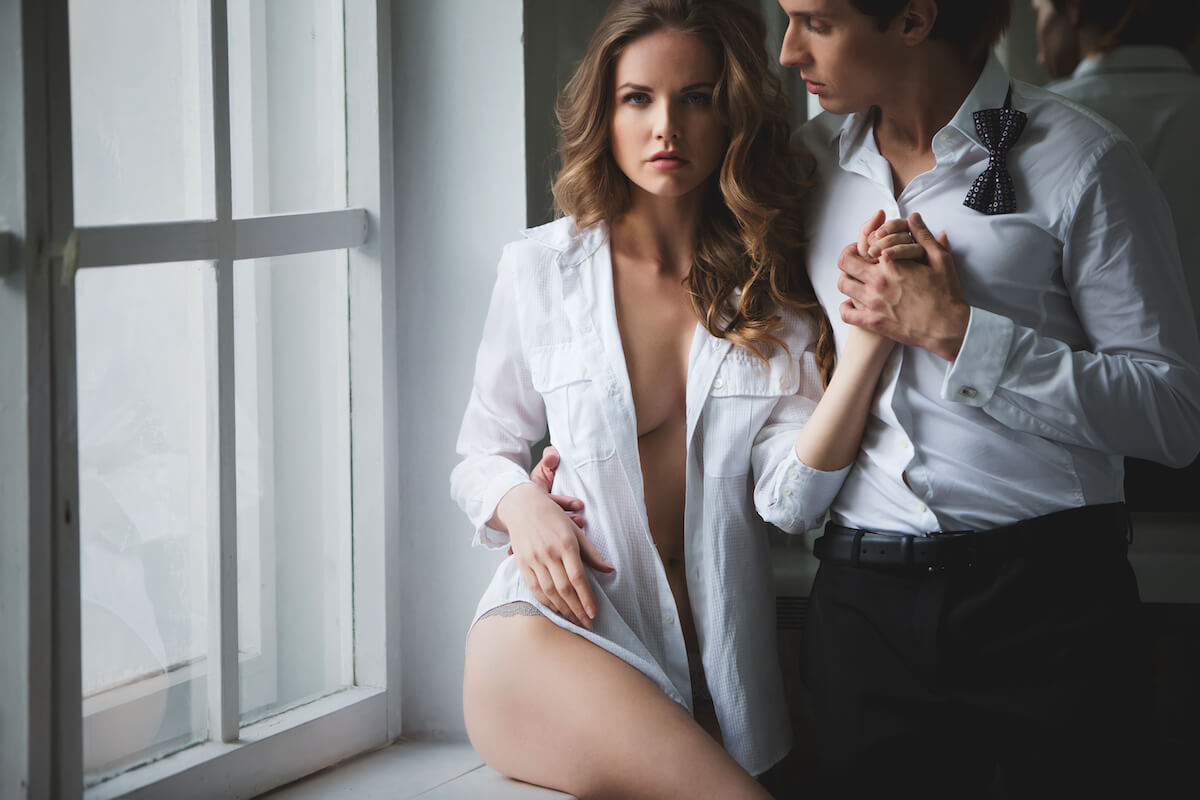 Dating Ukrainian Women: What Are The Facts?

Worldwide, Ukrainian women have become some of the most sought-after women to date and marry. With the rise of the internet and growing online access in Ukraine, the number of international dating websites and Ukrainian marriage agencies has soared over the past ten years. Consequently, dating a Ukrainian woman has become much easier than it used to be. In the old days, if you wanted to date or marry a Ukrainian woman, you had to use physical letters through a lonely hearts service or travel to Ukraine hoping to bump into someone who happened to be single. International dating today has gone mainstream, also for single Ukrainian women who want to find someone from a different country than Ukraine. Currently, it is assessed that you find over half a million Ukrainian women on Ukrainian marriage agency websites looking for a man internationally. Additionally, you find another one-two million single Ukrainian women on traditional Ukrainian dating websites. Thus, for a single man searching to find someone internationally, Ukraine is the place to look.

Nevertheless, before you pack your suitcase and fly to Ukraine to meet a Ukrainian woman, you should know a few facts about dating Ukrainian women. To begin with, you find beautiful single women no matter where in Ukraine you go. The reasons why there are so many beautiful Ukrainian women have been discussed widely, and most often, it is attributed to Ukraine’s ethnic diversity. Also, Ukrainian women are considered intelligent and efficient, which might have to do with the need and ability to survive during hardship. Ukrainian women today are considered to be tough cookies who face difficulties straight on and you’ll be surprised by how many women in Ukraine run things. Another fact worth considering when you desire to date a Ukrainian woman is that there are millions of more women than men in Ukraine and thus finding a single woman in Ukraine is a lot easier than in any Western country.

Furthermore, when dating a Ukrainian woman, you learn that a Ukrainian woman’s true nature is more than her beauty. A Ukrainian woman is tough, willful, and strong-minded. She is intelligent and not afraid to face and overcome hurdles. She has traditional values and doesn’t buy into the feminist movement where everybody sees themselves as victims. A Ukrainian woman enjoys being feminine, and she is pleased to be a mother. And at the same time, she is not hesitant to do a man’s job. She sees the world from a “you get what you deserve” perspective. And she knows that working hard is key to success. Therefore, dating a woman from Ukraine requires understanding and respect for a Ukrainian woman’s personality and not just her beauty. In Ukraine, men take women for granted and they don’t treat them well, which is one of the reasons why Western men among Ukrainian women are popular. Also, when it comes to family, Western men are seen as better and more loving fathers than Ukrainian men and thus, most Ukrainian women will prefer a Western man over any Ukrainian man.

How To Get A Ukrainian Woman To Date You?

Here we’ll reveal how to successfully start dating a beautiful Ukrainian woman. Foremost, being able to recognize what matches could work if half the success. Read the profiles of your potential candidates and identify interests, where they are located, if they have children, their age, and so forth will give you knowledge of how you can make a Ukrainian woman notice you. When you start communicating with a single Ukrainian woman you find attractive, you must come across in a positive and interesting way. Most men on Ukrainian marriage agency websites don’t take the time to do a good profile text and miss an opportunity to stand out. So, if you write 500-1000 words on who you are, what you are interested in, why you look for a Ukrainian woman, and so on, you will stand out from the beginning. Furthermore, ensure that you are eloquent and articulate in describing your tastes and wishes. Show that you are a knowledgeable man who knows about Ukrainian history or topics like culture, finer cooking, politics, etc.

Describe some places you have visited and where you would like to take the woman you dream about. Pay attention to details; a Ukrainian woman will always notice the little things, like sounding confident and strong-minded. Nonetheless, make sure not to go too far as Ukrainian women are tired of Ukrainian men who brag about everything. Trust and honesty are paramount to any Ukrainian woman, so most likely, you’ll be discharged if something sounds too good to be true or unrealistic. If you have children, don’t be afraid to discuss them in detail. By mentioning what difficulties they might have and what you wish for their future, it tells a Ukrainian woman that you are a family-oriented man who cares about family. Ukrainian women generally hold conservative values, so you will be well off to a good start if you share the same views. If you don’t drink and smoke, it is also something Ukrainian women value as most Ukrainian men drink and smoke too much. In conclusion, the best and easiest way to a single Ukrainian woman’s heart is through her intellect and by being honest and thoughtful.

What A Ukrainian Woman Expect When Dating?

What are the expectations when you start dating a Ukrainian woman? How do you make the best impression? And what do you have to consider? These are the questions that we’ll address here. Our approach to the matter will be from the perspective that you already have met a Ukrainian woman and been on your first date. Initially, when you start dating a Ukrainian woman, there are some obvious rules, like being a gentleman, opening the door, follower her to the doorstep, being polite, etc. Inviting her to the theater, the movies, and taking her out for lunches and dinners is what you do in Ukraine. Planning a picnic or a trip to somewhere enjoyable will make dating you exciting and fun. Bringing flowers and small gifts will let her understand that you are thinking about her when she is not there. Telling her that she is gorgeous and unique will be flattering and reassuring. Nonetheless, other efforts might be more relevant to a Ukrainian woman and provide you a better chance of a long-lasting relationship. Most Ukrainian women are not materialistic, but instead, they value honesty, stability, and intellect.

Will Dating A Ukrainian Woman Lead To Marriage?

Over the past 20 plus years, dating a woman in the West has become more and more difficult on many levels. Today around 33% of single women in Western countries favor being single or stay single when ending a relationship or marriage. In contrast, most men prefer to be in a relationship with a woman, and also they have a more difficult time being alone. Mentally, it has also become harder for a man to connect with Western women. The attitude towards men has changed and, in many cases, has become hostile. Many Western women today have bought into the narrative that any male identity or behavior is poisonous. Consequently leaving men who want to share their life with a woman between a rock and a hard place. In comparison, women in Ukraine desire to be with a man and see it as a failure if they are single and have no children by 30. Nonetheless, for a single Ukrainian woman finding a suitable husband is difficult, and as a result, you’ll find hundreds of thousands of Ukrainian women on marriage agency websites searching for a man, typically from the United States or Europe.

In addition, a growing number of single Western men go to Ukraine each year to start dating a Ukrainian woman. In most cases, a marriage agency has served as the mediator when a couple starts dating. However, a marriage agency only performs the initial introduction, and thus you have to make it on your own after you have been introduced and start dating. When you start dating a Ukrainian woman, it is common for the man to visit Ukraine a few times during vacations or joint vacations. Nevertheless, it is a long-distance relationship that can be difficult to manage, especially if you are in love. Consequently, many men at this point consider marrying the Ukrainian woman they are dating. By getting married, the immigration part is easier, and also, many feel that they want to ensure the other part that they are serious about the future.

Best Way To Find A Ukrainian Woman For Dating?

With a growing number of Western men facing a life living alone, single men are looking to Ukraine, hoping to find someone to share their life. As we mentioned above, more and more Western men can’t find a Western woman or can’t get a relationship to work. The reasons are many, but one of them has to do with the fact that after 30, women in Western countries rather stay alone than live with a man. Also, the women that tend to be available in Western countries have two or sometimes three children from a previous marriage, and thus to many men, the idea of having to bring up someone else’s children is not appealing. In contrast, women in Ukraine outnumber men in the millions, and also Ukrainian women are known to make great wives and mothers. Thus, Ukrainian women have become incredibly popular for men searching for a partner internationally. But how do you find a single Ukrainian woman to start dating, and what is the best approach when you desire to find a single Ukrainian woman?

Of course, there is a chance to find a single Ukrainian woman where you live, either by bumping into one or if you know any established Ukrainian communities in your city or close by. Nonetheless, the odds are not great, and most likely, it is not going to happen. Another possibility is to buy an airplane ticket and travel to Ukraine and then meet someone by chance who happens to be single and is looking for a Westerner. Though you have to know the language, and you have to know where to go. A third option is to find a single Ukrainian woman online, which also can be risky. If you know someone who has tried a Ukrainian dating service and it works, that is excellent. Nonetheless, you’ll find hundreds of international dating websites and Ukrainian marriage agencies offering Western men to meet a single Ukrainian woman by searching the internet. Thus, finding the right service that will suit your needs from the beginning is the key to your success. Thus, initially, it is crucial to understand the difference between a Ukrainian marriage agency and a traditional Ukrainian dating website.